Only 23% of Americans Get Enough Exercise, a New Report Says 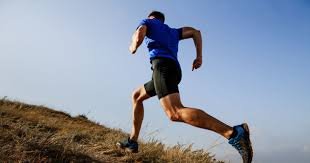 Less than a quarter of Americans are meeting all national physical activity guidelines, according to a new report from the Centers for Disease Control and Prevention’s National Center for Health Statistics (NCHS).

Federal physical activity guidelines recommend that adults get at least 150 minutes of moderate or 75 minutes of vigorous exercise each week, in addition to muscle-strengthening activities at least twice a week. But according to the new NCHS report, which drew on five years of data from the National Health Interview Survey, only about 23% of adults ages 18 to 64 are hitting both of those marks. Another 32% met one but not both, and almost 45% did not hit either benchmark.

Those numbers fluctuated somewhat depending on gender, occupation and home state. More men (roughly 27%) than women (almost 19%) met both guidelines, and both genders saw slightly higher percentages among working adults (almost 29% and 21%, respectively).

The authors also added that people working in managerial or “professional” positions were more likely than individuals in production roles, such as assembly and manufacturing, to meet the standards. However, the report looked only at leisure-time physical activity, so adults who log exercise through active jobs or commutes were not included in the findings.

With some exceptions, states on the West Coast and in the Northeast tended to have higher percentages of residents meeting the guidelines than states in the South. Residents of states in the Southeast had particularly low rates. High levels of unemployment and disability or poor health in a state were correlated with lower rates of meeting exercise guidelines, the researchers found.

In all, the results suggest that most Americans should try to squeeze more exercise into their time off, given its well-established connections to everything from chronic disease prevention to mental and cognitive health benefits.

Write to Jamie Ducharme at jamie.ducharme@time.com.

Tips to Avoid the Flu
The heart-healthy Mediterranean diet
What’s New for the 2019 - 2020 Flu Season?